The United States of America is a great country founded upon the belief of freedom.

Amendment I
Congress shall make no law respecting an establishment of religion, or prohibiting the free exercise thereof; or abridging the freedom of speech, or of the press; or the right of the people peaceably to assemble, and to petition the Government for a redress of grievances.
Politics have never been my strong point, as a matter of fact, I struggled severely in high school with the subject. It wasn’t until my adult years that I began to see the value in understanding how the political system works. It wasn’t by choice, instead, it was a necessity.

Choosing to live a lifestyle that may not be so mainstream forces one to think more for themselves. The answers to most questions are not simply provided, one has to do a little bit of research and make their own conclusions. In doing this, I learned that politics do play a big part in my lifestyle choices, whether I liked it or not.

Learning about the toxicity of many chemicals used to grow and produce our food, cosmetics and household products is really eye-opening. Finding out that organizations are funneling large amounts of funds to government agencies and politicians to keep the public in the dark about the reality of these toxins is infuriating, to say the least!

Some of you may be reading this wondering just how sparkly my tin foil hat is and where is my proof. Sadly, there is much proof to be found. But don’t take my word for it…

Read about a scientist that decided to go against the mainstream.

If you subscribe to Amazon Prime, I highly recommend watching the video: The New Yorker Presents – Episode 3

The bigger message here is that each person can make a difference. You don’t need to be a scientist or a politician. Become educated in how the political system works and become involved in issues that are important to you. Realize that you make a decision every time you spend money. Make sure those decisions are ones that will be of benefit to your well-being and that of our Earth.

A Healthy Planet Begins With You! 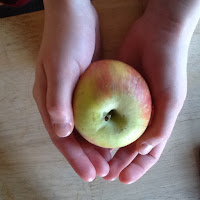 Copyright secured by Digiprove © 2017 Ivanna Stanfield
you can make a difference
February 22, 2016

Hello and welcome to my magical and whimsical corner of the internet! I'm Ivanna Stanfield, a happily married, homeschooling mom of three living in a small town in California. After the birth of my oldest son in 1999, I realized the importance of maintaining a healthy lifestyle, which began a quest to live a bit more simple and a whole lot more organic. Over the span of 20 years, this led me through countless hours of research and the completion of several course studies related to holistic living, and eventually, becoming an herbalist. My greatest joy is found in guiding others to find true wellness- within themselves and the environment. Follow my journey as I learn and share inspirations on living an Earth-friendly and organically holistic lifestyle. ~~A Healthy Planet Begins With You!~~